Pet Mosaic Update — Mittens really does have 2 eyes!  My quilting sister-in-law asked at some point if he did, and now, I can show evidence!  I have worked on this project off and on this week; primarily on Wednesday, Thursday and Friday. I fed my dear hubby dinner at 9 pm tonight because I was on such a roll!  Here is a look at him over the last few days. 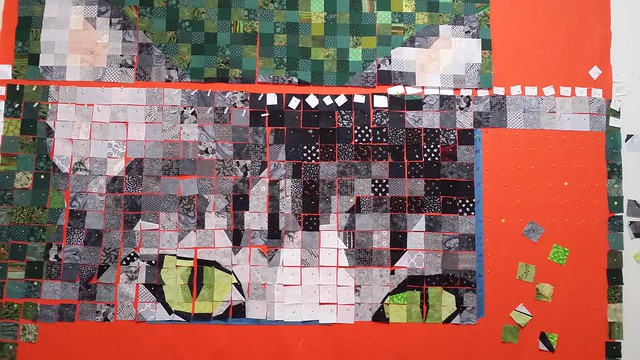 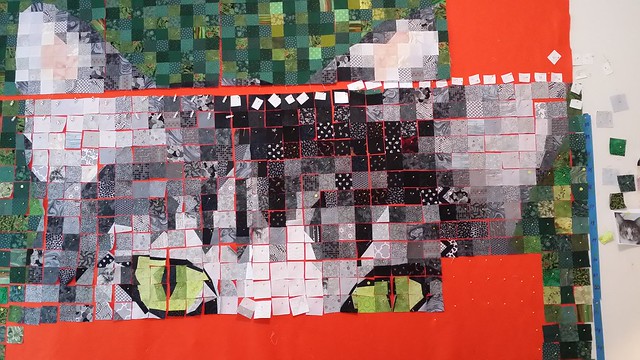 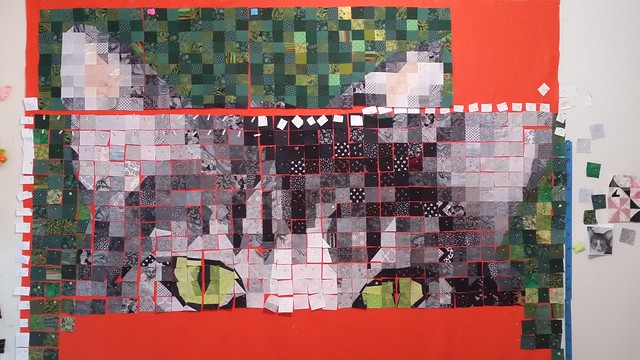 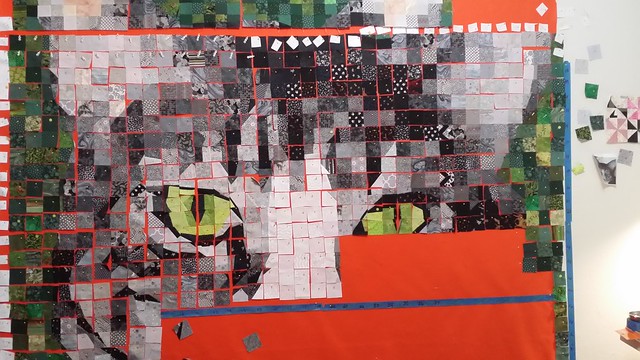 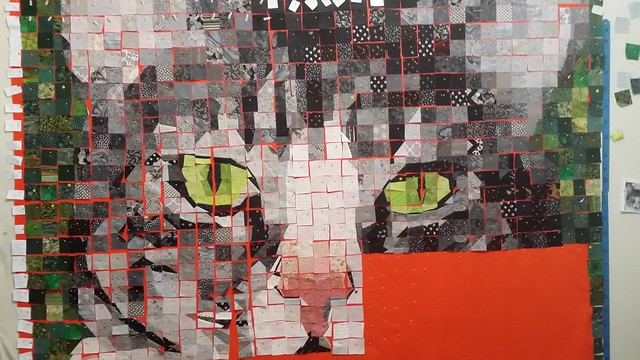 Kind of like watching paint dry, but it is fairly exciting to see him coming together.  There are areas that I will probably rework a little bit around his nose, nostrils etc before I move on to his lips.  My next goal is to finish that left side of his face.

Hope you enjoy the project process.  Thanks to Cheryl Lynch  ( Cheryl Lynch Quilts )for her wonderful instruction and to Carolyn Lingor (  One Block Wonder Woman) for her great advice too.      (My hubby has been kindly giving his artistic point of view on some of the pieces with transitions and it has really been helpful…right up to the point where he said “I never thought you would stick with this”; at which point I threw him out of my sewing space….)  (I did let him come back in to look at it today!)

This soft fuzzy thing is Smokey, the brother of Mittens.  He has much softer fur, and very soft stripes.  He looks dejected because he is not the star of my Pet Mosaic Project.  He claims ownership of me, as “HIS” human.  If I sit in a chair, he will instantly be in my lap! 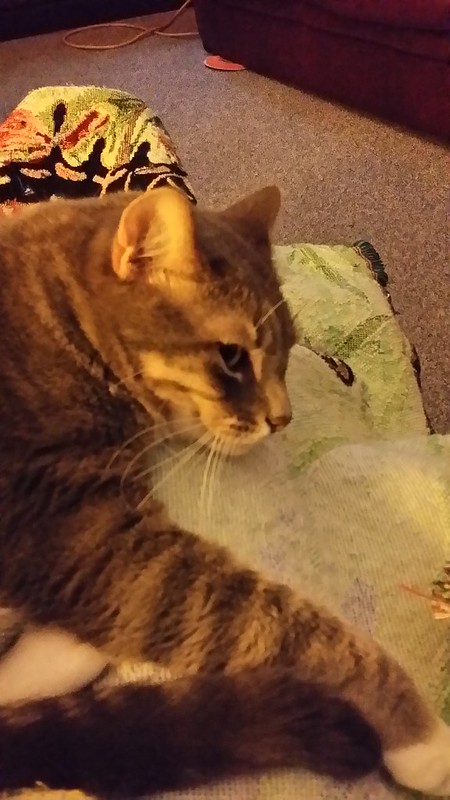 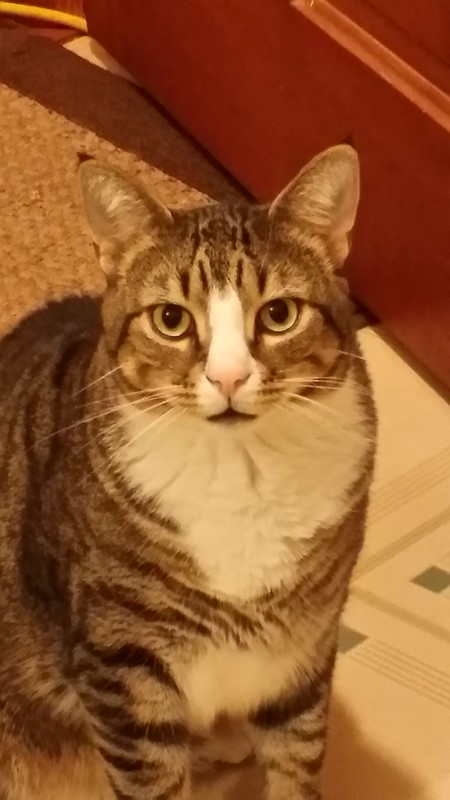 Mittens was selected for the project because of his highly defined markings.  He looks a lot like his mother – Momma Cat; but she doesn’t have the pretty white above the sweet pink nose. 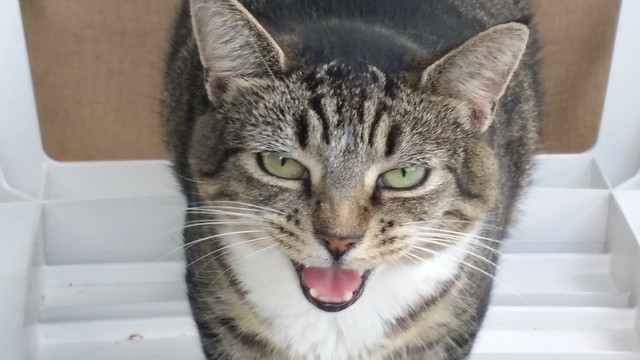 Momma Cat is a cat with attitude.  She does like to talk alot, and is in mid conversation when I took this picture.  She lives “outside”; and likes to share her food with every stray that wanders in the yard.  (This is how we acquired these 3 cats…they moved in and took over).   She is all settled in to her nice little igloo, waiting on the coming storm.

As the Tropical Storm Hermine heads up the East Coast of the USA, I hope you are safe and sound where ever you are. Looks like we are going to get a big hit from the storm beginning Saturday morning, with 3 days of Tropical rains and winds as the storm is predicted to settle just off the coast of Delaware.  As my sewing room is “out over the garage” I may not be able to venture out to play with this project, so I will have to settle  and play with the real cats in the house!